I like my body when it’s with your body.

Because when it’s not, it feels too tight

I feel like a rubber band, being slowly pulled.

So that someone could twang me,

Draw some noise out of my taut self.

But my body is different with your body.

You don’t have to pluck me to play music.

Your slightest touch and I hum and vibrate.

I hear church bells when you speak.

You know, as a reminder.

That even if you’re a terrible, terrible person- 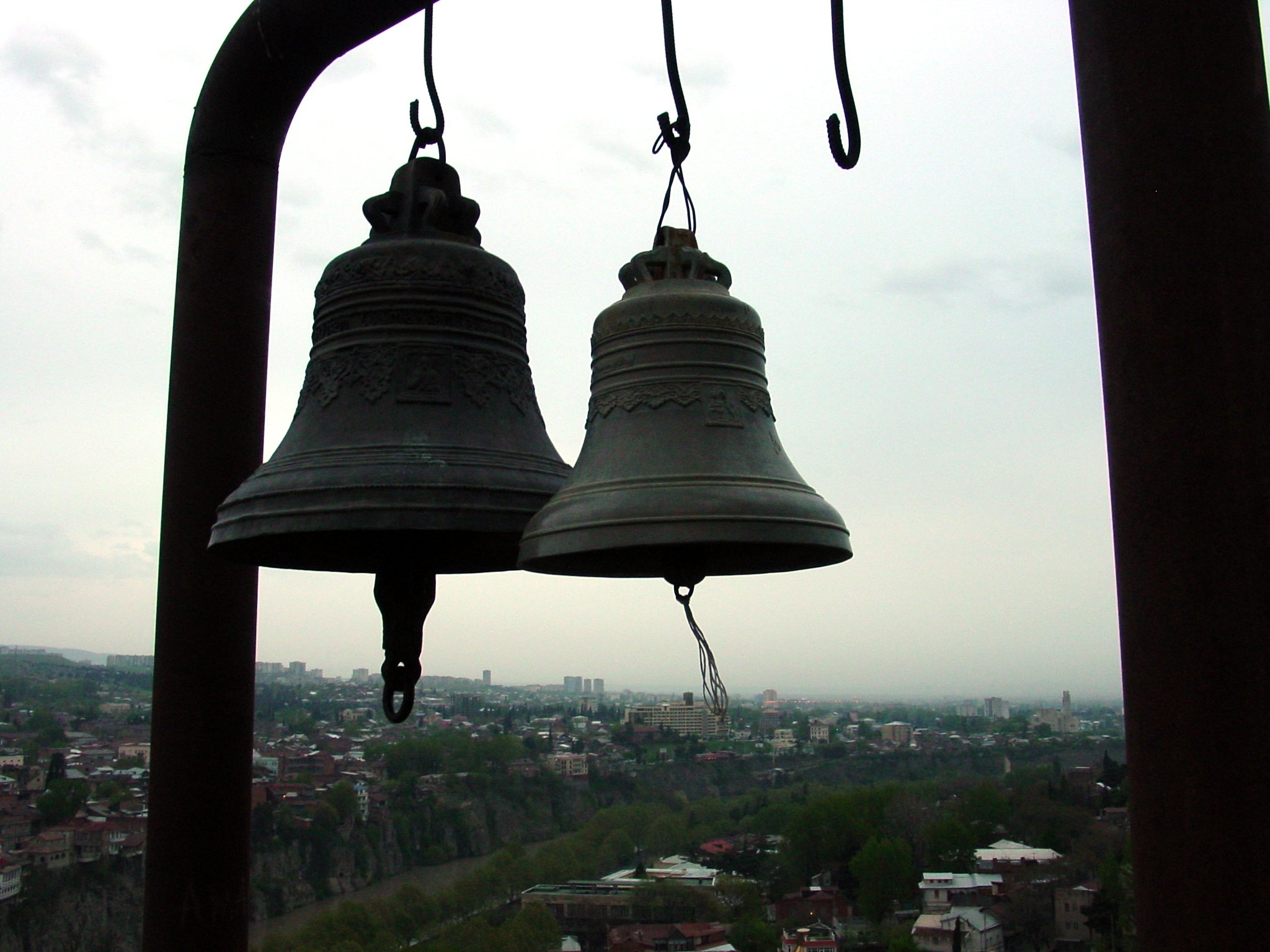 You still happen to be a person.

And for that I owe you basic human kindness.

They peal long and loud and low.

I wonder if you hear church bells

I hope you do.

The noise of silence

I always know when you’re here

Because you come with drums,

I feel it when you’re gone.

In your absence, I hear silence.

Louder than a rock festival.

“HAPPY EVER AFTER
is a concept I’ll never believe
in. I would be content to sample
some little taste of happiness
today, tonight, right now.”

I have yet to meet a person who doesn’t want a happy ever after for themselves. We want it all- the dream job, the loyal friends, the supportive friends and the impossibly perfect significant other. Of course, I still haven’t met anybody who wants to struggle before finding their happy ending. Nobody wants to fail classes or make mistakes. Nobody wants to lie to the people they care most about. Most of all, nobody wants to admit that they want to be the happiest, most fortunate person in the crowd even if it comes at the expense of other people.

But when it comes to books, the rules are all different. I’ve heard friends jokingly (or maybe not so jokingly) give characters “misfortune points”. For example, Harry Potter scores pretty damn highly because he’s an orphan, his aunt and uncle abuse him and he has a great and terrible destiny placed on his skinny 11 year old shoulders. It’s weird, but at the same time it feels natural.

I know enough psychology to recognize that humans think happiness is relative. It’s the reason we have idioms like ‘competing with the Jones” and why economists suggest it’s funner to be the richest person in a poor neighborhood instead of the poorest one in a significantly richer neighborhood. As awful as it sounds, we humans derive some happiness out of other people’s misery. I don’t know about you, but that makes me feel…icky.  Books are one of the few places where we can feel gleeful about other people’s misfortunes and not feel guilty about it. It’s like buying new things without ever spending the money (ie getting stuff for free).  Characters are not real people so it’s okay to love that their lives are messed up.

So, according to that theory I should love mournful endings. I should love the plays that end with lovers dying in each other’s arms, or the clever, hot detective throwing himself off a waterfall. Right?
Except I don’t. I wouldn’t go as far as to say I loathe miserable endings where everyone cries at a funeral. Okay, fine I’ll say it. It’s the truth. Why would I want to go through 400 pages of sadness and getting attached to characters just so that they can be killed off/ addicted/ diagnosed with a terminal disease/ heartbroken/ all of these at the same time?

appy ever afters (HEA)? No thanks, I don’t particularly enjoy the way the sugar gets in your nose and makes you sneeze. I detest the way the remains of the gum drops stick between your teeth. Candied happy ever afters are definitely not my thing. I don’t want my ending to be final and finite. For one thing it’s not realistic, for another it’s…. boring.

“And will I tell you that these three lived happily ever after? I will not, for no one ever does. But there was happiness. And they did live.”
― Stephen King, The Dark Tower

I want the character’s lives to stretch on and on, with the promise of a new story somewhere in the future (near-future is preferable). I like thinking that I’ve watched the characters evolve over the course of a story. I want to feel confident in the fact that
whatever difficult comes up, they’ll be equipped to handle it.

I guess that means my ideal ending is a happy for now (HFN). For a romance novel, it can mean white dresses and church bells. But, it also means long arguments about who broke the coffee machine and whose turn it is to wash dishes. For adventure books, it means that they’ve defeated their enemy but they know more enemies are likely to rise.

Like I’ve said before, happy is a relative concept. Not just in books but in real life as well. Go find your happiness. Let the dissatisfaction and ambition kick in. Then go find your new happiness.

“Happily ever after, or even just together ever after, is not cheesy. It’s the noblest, like, the most courageous thing two people can shoot for.”

“Theoretical crushes could remain perfect and flawless, because you never actually had to find out what that person was really like or deal with the weird way they chewed or anything.”

Book: The Unexpected Everything

Andie had it all planned out.
When you are a politician’s daughter who’s pretty much raised yourself, you learn everything can be planned or spun, or both. Especially your future.
Important internship? Check.
Amazing friends? Check.
Guys? Check (as long as we’re talking no more than three weeks).
But that was before the scandal. Before having to be in the same house with her dad. Before walking an insane number of dogs. That was before Clark and those few months that might change her whole life.
Because here’s the thing—if everything’s planned out, you can never find the unexpected.
And where’s the fun in that?

Who would have thought that this book would be so relatable?
I mean, I know this was a Morgan Matson book and she writes fabulously down-to-earth characters, but scandal and senator’s daughters just don’t seem real.

But here’s the thing: I identified with Andie so much. Morgan Matson somehow figured out exactly what an over-achieving teen’s brain looks like. I could empathize with Andie’s frantic search for summer employment after her initial internship falls through. When she spoke about “spinning” stuff to make it sound more important, I gasped a little because I recognized me in that statement. As she muses over what activities she needs to make her college application perfect, I feel her.
Just like Andie, I’m not necessarily proud of the super-organisation or massive management that goes into my life. Just like her, I sort of need to plan spontaneity. I stress about similar things, about sharing feelings and having my game plan fall through.

Andie is surrounded by a group of people you would love to be surrounded by. They’re not perfect; they have their annoying idiosyncrasies, they sometimes take themselves too seriously and they don’t always get along. However, they’re fun and supportive, creative and welcoming. Like any other group, their are under-currents of frustration between them and impatience just waiting to boil over. But their perfect imperfections are what makes them real.

One very cool thing about this book is the relationship between Andie and her dad. At the beginning of the book, they are practically strangers because they’ve never really talked to each other. They love each other in theory, in a distant, polite sort of way.  Somewhere during the course of the book, their relationship evolves. They sit down and talk about things that have been going unvoiced for too long. They negotiate over teenage rights. They go on crazy scavenger hunts. From beginning to end, Dad plays a major role.

“DAD!” I screamed as I barreled into the house, Toby at my heels. A second later, I realized how that sounded. “Everything is fine!” I yelled a moment later. There was no need to give my father a heart attack.

“No, it’s not!” Toby yelled, though a little less loudly than me. “We need help!”

Hands down, the sweetest part of the book is the romance. I have a tiny crush on Clark, because he is adorable and funny and witty.  There is cute banter and story telling about an assassin named Marjorie and a thief named Karl (it’s obvious who these characters are supposed to represent). There are inside jokes and a crazy dog. First and foremost, Clark and Andie are friends. What’s not to love?
The theme of the day seems to be perfect because of imperfections and this tiny love story is no different. Andie doesn’t even want a serious relationship. She goes out with him, without even knowing his last name. There is a crappy date, and Clark has his own set of uncertainties. But the romance is like sour punk- just sweet enough to be candy, and sour enough to be interesting.

” ‘I was just thinking,’ I said, sure that the rest of the crowd could probably hear how hard my heart was beating, since it seemed deafening to me, pounding in my ears, ‘that maybe Marjorie realized she was in love with Karl. And told him that. And said she was sorry for being scared.”