Every day, circles loop infinitely in my head.

I know circular reasoning with it’s strange ability to tangle your head like endless, knotted string. I empathize with the philosopher who wanted to know which came first: the chicken or the egg because I am equally puzzled. My question is is whether I created stories or  became 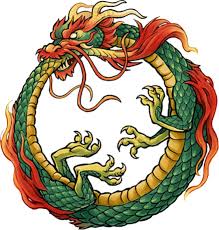 As I ponder this strange matter, I’ve felt my mind turn in an ouroboros, my own logic eating me from the inside out. Do I love reading because I am addicted to seeing a character be built, piece by piece until they’ve turned into someone that can almost breathe, eat and dream?  Do I write stories because I revel in smashing together the plots of the 40 books I read in the last month, watching the weird chunks fall away and my favorite parts meld?  Do I like writing short stories and poetry because they’re echoes of the book 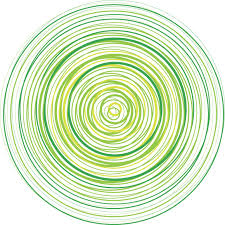 s I’ve read and loved and just a more active, involved form of reading? I see the sense in both theories but no way of verifying an answer. So, in the mean-time  I am content to read and write and accept both as equal loves.

I appreciate the irony of coming full circle. It’s when you go so far, travel so long- only to end right where you began. The path between California and India is my mobius strip. At age 8, I moved to the Californian bay area and then at 10, I moved halfway around the world to India. 7 years hence, I am back exactly 19 miles from where I started, eager to fling myself off the mobius strip. 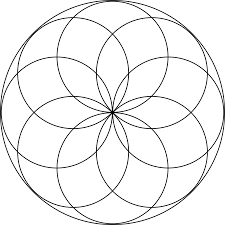 In my head, I hear my own question what’s the point of this strange exercise? Why circles? Why are you looking at it from so many different perspectives when it’s essentially the same? Somewhere in me there’s an answer, but it’s hard to explain exactly how a circle is essentially multiple points equidistant from one important point.

Because you could say the same for life, couldn’t you? Everyone’s life is almost uniformly similar, revolving around an individual who thinks they are the center of their universe. There’s birth, there’s childhood, there’s adulthood and creating new children and then there is death. But something in me recoils from describing life this way. Of cour 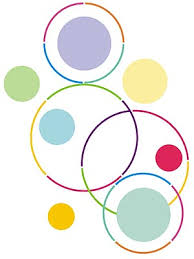 se, this is life, but like any circle, it has some intangible quality which somehow, miraculously makes it more. The circle of life is almost sacrosanct.

Within my self-absorbed life too, I draw circles. There’s a tiny circle around me- I guess you could
call it a bubble. Then there are circles of varying radii. My friends and family in my inner circle.  My past and my future in separate circles which flow into each other. The jogger who I’ve never seen before but who just ran past me, wearing a yellow top and in time to some beat I can’t hear — she’s in a distant, distant circle of mine too, isn’t she? From my perspective, the only unifying bond in this wacky Venn diagram is me.

I’d say life is circles. But somehow that doesn’t seem encompassing enough. Because even though I haven’t experienced death or inanimation yet, I’m sure they’re circles of their own too. Circles are crazy thoughts and they ring around me almost tauntingly. Circles are the beautiful brain-child of a sentinent being far more advanced than me. Circles are infinite and circles are limited. They are contradictory, but they are oh so simple.

And yet, when’s the last time you drew a perfect circle freehand?

One thought on “Circles: Freewrite”